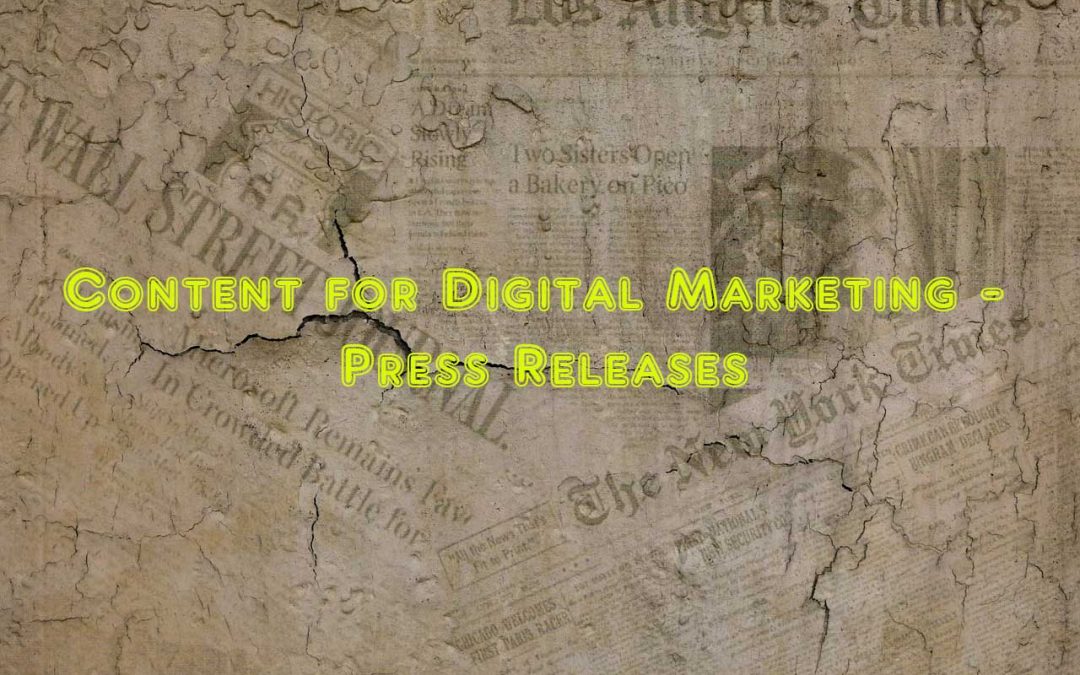 This content contains 2006 words and is approximately a 8-minute read.

On 28th October 1906 an electric train running for the West Jersey and Seashore Railroad plunged off a swing bridge and into the Thoroughfare creek separating Atlantic City, New Jersey (USA) from the mainland. Fifty-three people died as a result of the accident.

The press joined the general public and PR executives in swarming to the accident site within minutes of it happening. As was the common practice of the day, the PR executives had already planned to hide as many details of the accident as possible from the public. After all, there’s no need to panic all of America over a single train wreck, right?

Well, a public relations officer by the name of Ivy Lee decided to do things differently. Even though he was representing the Pennsylvania Railroad at the time, he decided that his company needed to issue some sort of statement about the accident. He wrote the very first press release and sent it to the New York Times to ensure that all the facts of the accident were made public.

Lee has been credited as the originator of the modern press release thanks to his actions in 1906. Today, we know that press releases are still important tools for getting out company information. Used properly, they can be very effective for content marketing as well.

What is a Press Release?

A press release is a specific kind of content that presents important, newsworthy information to a core group of interested parties. Think of it as hard news targeted to a much smaller group than a publication like the New York Times would target. Where the Times may have a general circulation numbering in the millions, a given press release may be intended to target only thousands.

Another key to understanding the press release is the word ‘press’ itself. The press here does not refer to a machine that prints words on paper. It refers to the trade of journalism. Remember that the first press release written by Ivy Lee went directly to the New York Times for publication. The make-up of the press release has changed substantially in the 100+ years since Lee’s writing, but the general concept remains the same.

As a content creator, it is fine to think of yourself as a journalist when writing press releases. In fact, you should do just that. You should try to think as a journalist would think and clearly communicate the information you are trying to get across. Writing a press release is merely an exercise in reporting important organisational information in the same way a newspaper reporter might cover a local event.

What is the Purpose of a Press Release?

Among all the different kinds of content used for digital marketing, none is more abused among content creators and online marketers than the press release. Press releases are a specific kind of content with very specific primary and tertiary purposes. Unfortunately, far too many content creators and online marketers use press releases in ways they were never intended to be used. They are only harming themselves by tarnishing their reputations and generating poor SEO results.

The primary purpose of a press release is to provide important information directly to members of the media for the purposes of disseminating that information through their various channels. As such, the information proffered is expected to be newsworthy. By ‘newsworthy’ we mean information about the originating company or organisation that is both important and necessary for the target audience to know.

Press releases can be submitted to newspapers, television and radio broadcasters, online news outlets, industry trade groups, and any other organisations that utilise mainstream media to disseminate information. A lot of companies use press release distribution services to make sure their releases get into the hands of the right media representatives.

There are a number of tertiary purposes for issuing press releases:

What Press Releases Are NOT

Press releases should NOT be used to:

What Style Should a Press Release Be Written In?

When writing press releases, it is important to differentiate between style and format. Style relates to vocabulary, sentence structure, tone, etc. Format involves the various elements used to present text on a page. This includes things like headlines, synopses, contact information, etc.

Beginning with style, there is very little room for variation with press releases. Writing should be as formal as possible while still following the Simple English rule. Sentences should be concise and direct, vocabulary should be easily understandable by the widest possible audience, and the total volume of text should be as little as possible to convey all the necessary information.

Lastly, you can get a good understanding of the desired style of press releases by tracking down stories in your own local newspaper – particularly stories detailing upcoming events. You should notice that such stories introduce the organisation behind the event along with the purpose for holding it. Stories include dates, times, and other relevant information as well. This is the general style you are aiming for.

There is no specific format a press release must follow. However, there are a few standards that most experienced press release writers follow. Below is a list of common elements that should be included in every single press release, followed by two examples of standard formats. As a writer, you can follow either of the formats or search online for another standard format you prefer.

Every press release should include the following:

The synopsis is optional. However, it is a good idea to include one if you plan to distribute your press releases through online channels. You can set off a synopsis by italicising it, bolding the text, and placing it above the headline. Avoid the temptation of placing it below the headline, as doing so may cause confusion between the synopsis and the introductory paragraph.

Another optional element is the quote. Including a quote from an authorised spokesperson or a member of the executive management team can add considerable weight to a press release. Quotes also have a bit of extra authenticity. If you can use them, you absolutely should. If you cannot, quotes are not mandatory.

Below you will find standard formats that work well for press releases. Note the two major differences between them: use of the synopsis and quote. 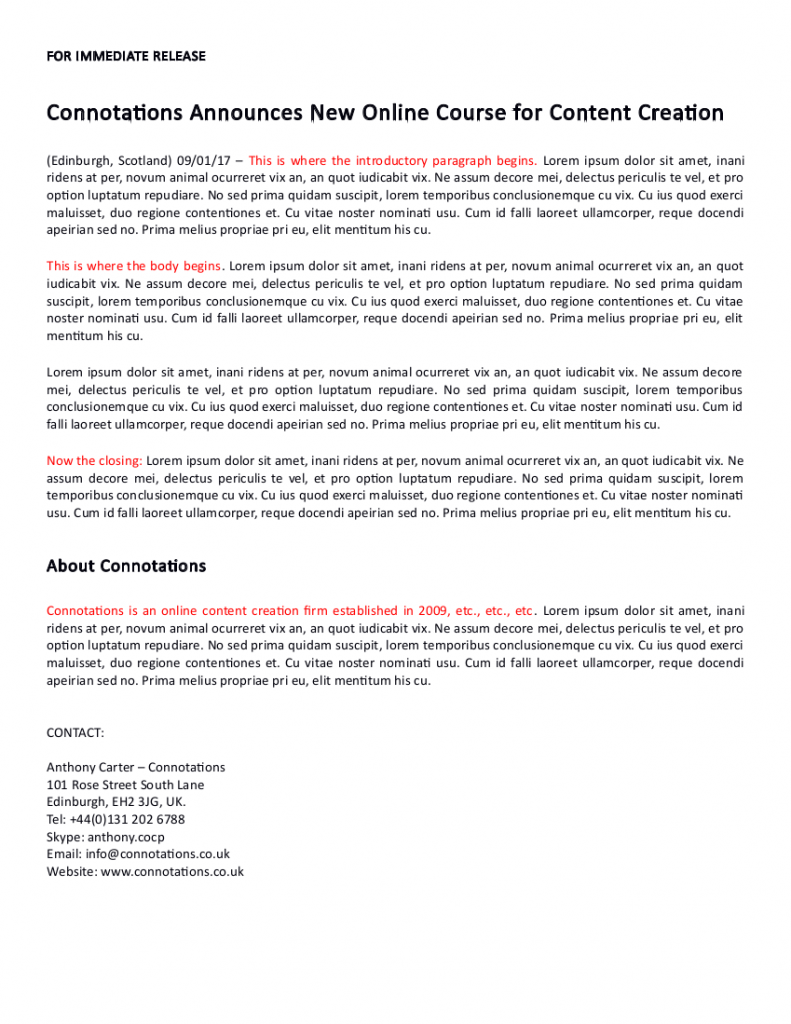 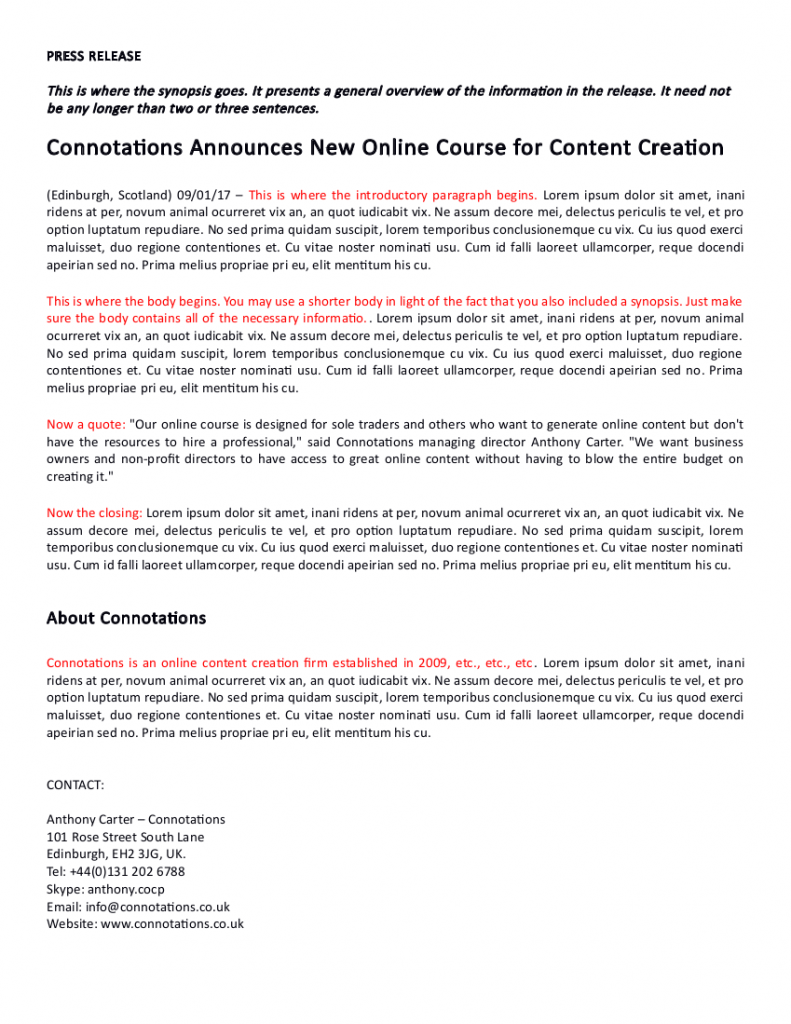 Here are the other articles in this series: 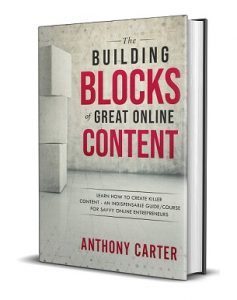 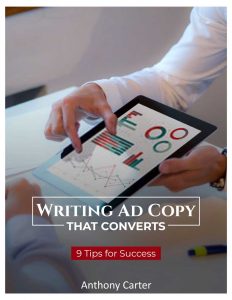