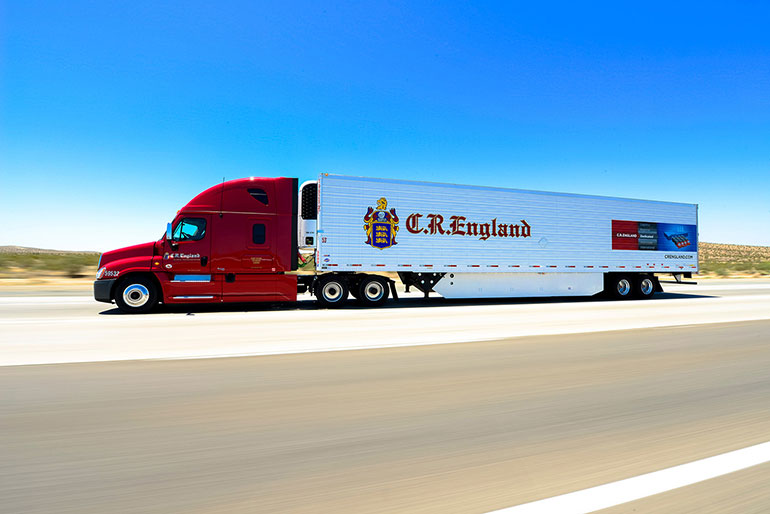 This press release was written in January 2015 for CR England, an American company that provides national and regional truckload service in the US and Mexico. The press release announced a pay raise for the company’s driver trainers.

(Salt Lake City) 01/19/15 – Utah-based C.R. England has announced a pay raise for Driver Trainers effective January 19, 2015. The announcement makes them the latest in a growing list of trucking companies offering to pay their drivers more. According to company officials, Driver Trainers will receive an additional four cents for each training mile driven, which works out to an average increase of 14.5%. The pay raise applies to Driver Trainers working at both the national and regional levels.

“This pay increase goes to a group of men and women that have worked very hard to help us ensure that the future of our driving force is bright,” said Brandon Harrison, Chief Operating Officer. “We appreciate and value the time Trainers invest in teaching, mentoring and developing our Apprentices and we want them to value this responsibility. With this in mind we have increased the pay to help our Company Trainers achieve their goals and reward them for their hard work.”

As the nation’s largest temperature-controlled carrier, C.R. England is competing with dozens of other trucking companies to hire and retain the industry’s top talent. As new drivers enter the industry through C.R. England’s training program, the company needs the best Driver Trainers to develop them. Increasing trainer pay is one way to retain the top talent while also showing the company’s appreciation for the responsibilities Trainers assume and the hard work they do.

C.R. England is always looking for opportunities to hire additional driving staff. Anyone interested in learning more about company driving or independent contracting should visit the C.R. England website or contact the company using the information provided below.

C.R. England was established in 1920 as a motor carrier focused on providing farm-to-market service for Utah farmers. The company has since expanded to become the world’s largest temperature controlled carrier and one of North America’s largest transportation companies.  C.R. England provides national and regional truckload service in the U.S. and Mexico, along with dedicated and intermodal services. The company’s headquarters are based in Salt Lake City, Utah.