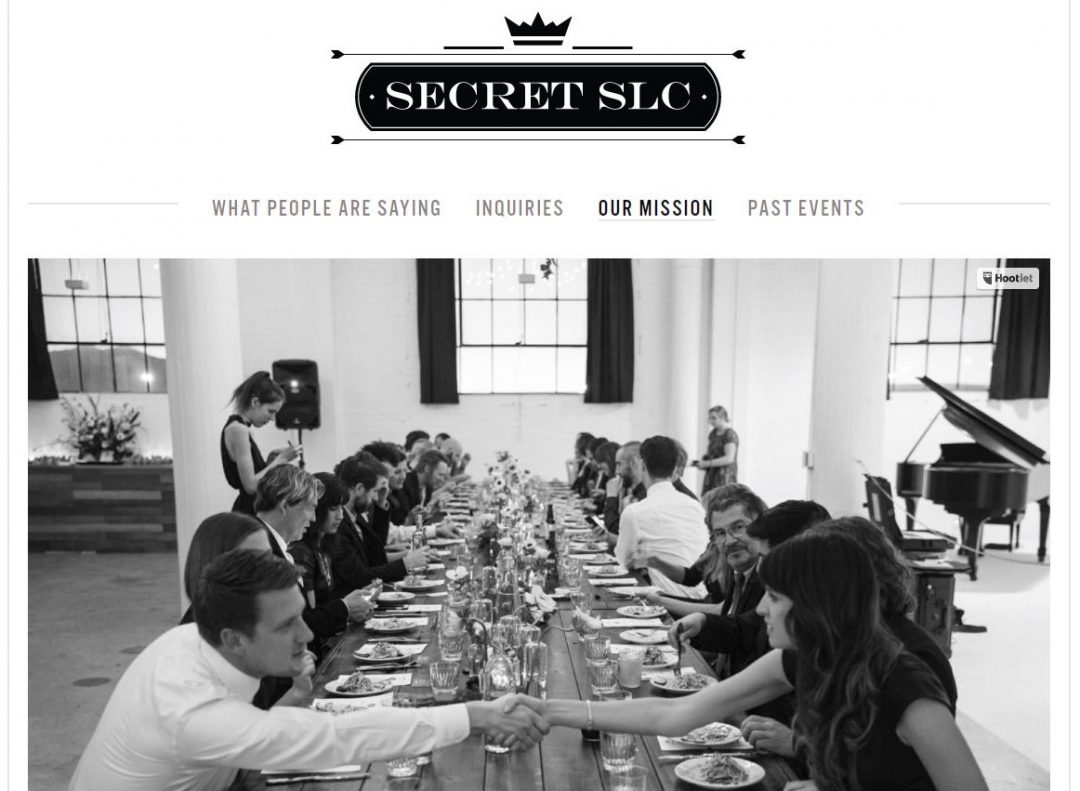 Secret SLC is known for conducting unusual events designed to bring local leaders together to collaborate, ideate, and partner on great ideas that benefit the common good. Prohibition is the organization’s latest effort at doing just that. Guests will be treated to a unique gathering hosted by people known for using the unusual to accomplish the impossible.

Prohibition participants will want to know that all proceeds from the party will be going toward efforts to make sure Salt Lake City’s air is clean. Secret SLC is teaming up with HEAL Utah and Patagonia Outlets to raise money for the ongoing effort.

A Night of Prohibition

Prohibition is billed as an evening of indulgence behind closed doors reminiscent of the sort of in-the-shadows parties one may have experienced during the Prohibition era of the 1920s. Secret SLC describes it as “a mesmeric foray into a bygone era in which steampunk, sensational glamour and wanton waywardness were the order of the day.”

This once-in-a-lifetime New Year’s Eve event is an opportunity to ring in the new year alongside fellow revelers who share a passion for creating a better world for everyone. But this party is not for everyone. It is an exclusive event requiring an invitation direct from Secret SLC. All inquiries will be fully vetted before invitations are issued.

Prohibition begins at 9 PM on New Year’s Eve and lasts until “late enough.” An invitation can be requested by visiting one of the two Secret SLC websites: www.secretslc.com or www.secretnye.com.

“Tucked away and concealed from the prying eyes of patrol officers, Prohibition beckons the vivacious throng inside.”

Secret SLC is an organization committed to improving life for all in Salt Lake City and beyond. The organization believes in bringing together leaders from business, education, government, and other areas for the purposes of collaborating for the common good. Through their events, which are billed as both experiential and experimental, they raise both awareness and financial resources for worthy projects. Secret SLC participants are also able to introduce new ideas as well as lend their support to the ideas of others.