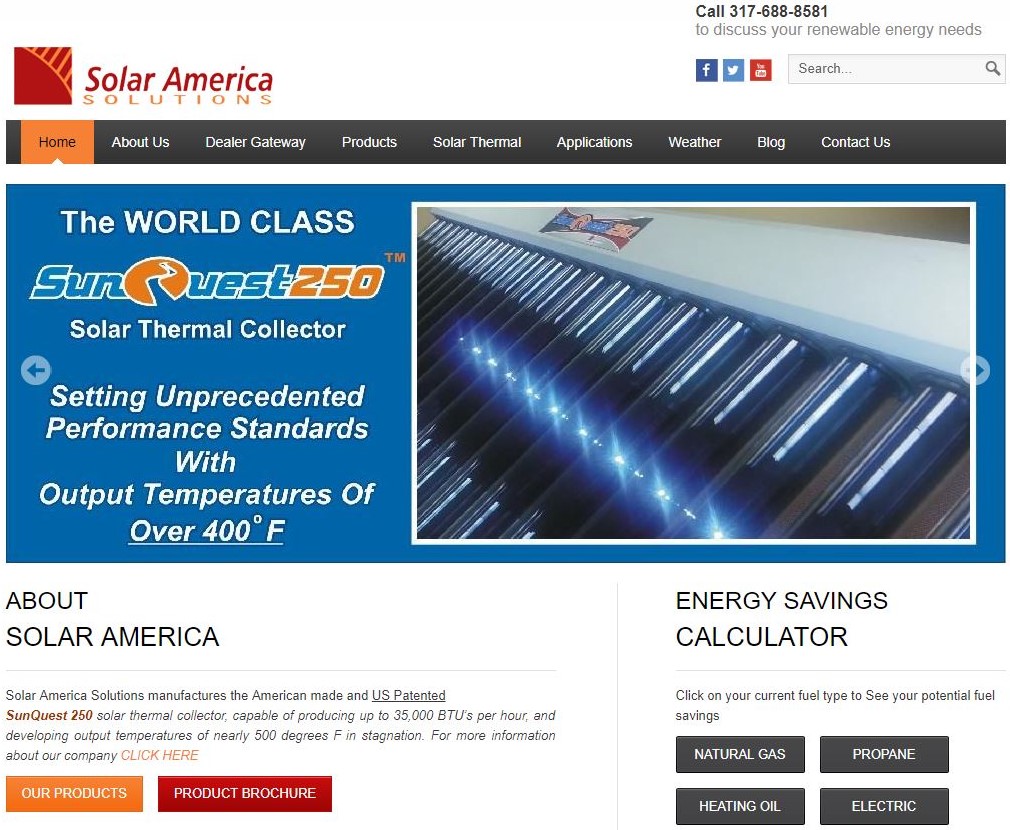 We wrote this press release in July 2014 for Solar America Solutions, a provider of solar thermal collector panels and associated equipment in the United States. The press release announced that the company had reached an agreement with the Ohio Department of Rehabilitation and Correction to be the primary provider of the equipment needed to produce hot water and space heat for a prison facility in Chillicothe.

(Chillicothe, OH) 07/26/14 – Solar America Solutions, a provider of solar thermal collector panels and associated equipment, is proud to announce it has reached an agreement with the Ohio Department of Rehabilitation and Correction to be the primary provider of the equipment needed to produce hot water and space heat for a prison facility in Chillicothe. Installation of the system will save the correctional facility some $245,000 in annual energy costs.

The company will install 400 panels at Ross Correctional Institution, a facility that sits 50 miles south of Columbus. The installation will also serve as the basis of a program designed to prepare inmates for release by giving them marketable training. The program will train them to assemble and install the solar panels, providing skills they can use to seek employment upon their release.

According to prison warden Mark Hooks, rehabilitation requires giving inmates opportunities to better themselves. That is what the training program with Solar America Solutions is all about. Already the program has graduated six prisoners; many more will be helped as the project progresses.

Solar America’s collector panels consist of a series of evacuated tubes that collect energy from the sun’s ultraviolet rays. That energy is then transferred to a liquid inside the tubes and, eventually, through the system and into a heat exchanger and storage facility. From there the energy is used to heat water and provide space heat.

The advantages of this sort of system are numerous. Most importantly, the evacuated tube design is incredibly efficient. This efficiency is what makes it possible for organizations that install them to save so much money. By contrast, photovoltaic energy is largely inefficient and thus, not suitable for the types of applications Solar America concentrates on.

A second advantage of Solar America’s SunQuest 250 collector panel is that it relies on ultraviolet rays. Simply put, the system works just as efficiently on cloudy and overcast days as it does in bright sunshine. As long as the sun is above the horizon, the solar panels are collecting energy. A well-designed and implemented configuration makes it possible to provide all of the space heat and hot water a facility needs without any additional energy from the grid.

Solar America Solutions has created a unique niche within prison systems whereby it can offer cost-effective solar solutions while helping inmates through training programs. The company’s solar thermal systems have already been used in other Ohio facilities. This new project, with an estimated cost of $1.7 million, will reduce the prison’s natural gas use and reduce emissions. The Department of Rehabilitation and Correction believes it will recover its costs in just over six years.

Solar America Solutions is an Indiana company that engineers and develops high-efficiency solar thermal equipment for commercial applications. Its SunQuest 250 solar collector panel is arguably the most efficient and powerful solar collection unit currently on the market. It is capable of an astonishing 30,000 BTUs per hour at 400° F. The company can be contacted for more information about their products or the Ohio prison project at: