How to Write a Press Release in 7 Steps 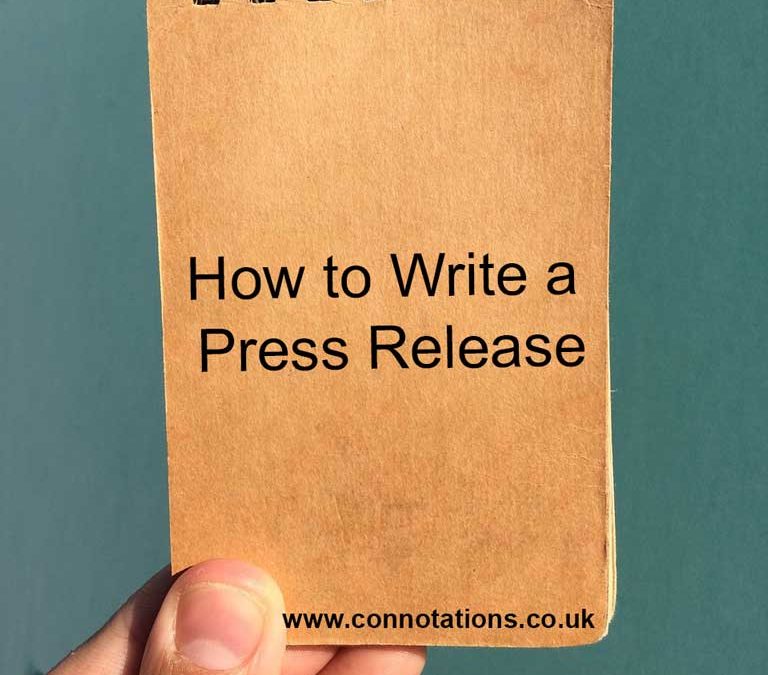 The press release has been an invaluable public relations tool since the first such release was written by Ivy Lee in 1906. Lee was a publicity expert and is widely considered the father of modern public relations. The tool he created to cover a tragic train accident in Atlantic City, New Jersey (USA) lives on today in both print and digital formats. You can take advantage of that tool by learning how to write a press release.

Press release writing begins by choose one of a handful of formats considered standard among professionals. You can find numerous format templates online. Then start writing. A high-quality press release that meets its intended objectives will include:

The idea of a title may seem self-evident. However, press release titles need to be crafted with the same care and attention that writers give to blog posts and informational articles. The difference with a press release title is that it needs to mimic something you might read in a newspaper.

Press release titles should be concise but still sufficiently explanatory; brief but not necessarily short; written with the sole intention of grabbing the reader’s attention. Titles must also match the content of the press release itself. Otherwise, it could harm the SEO value of the piece.

Effective titles are never easy to come up with regardless of the kind of content you are creating. Working at it until you get it right is well worth it. You may have to write a title, construct the rest of your press release, and then go back and reworking the title again. Do whatever it takes to craft a title that would prompt you to read this press release if you didn’t already know what was in it.

2. A Dateline (location and date)

A press release is a type of content that is more news than anything else. Don’t people want to know where news originates from? Absolutely. Therefore, press releases need to include what we call the dateline. The dateline is simply the location from which the press release originated and the date on which it was released.

Some writers put the location inside parenthesis with the date just to the right. Others write their datelines without any parenthesis at all. There is no standard for this, so don’t worry about it. Just make sure you have the location and date.

Press release readers are not interested in fluff. They want the facts, and they want them quickly. This dictates that your very first paragraph be an introductory paragraph offering a fact-based summary of the news being reported. Readers should be able to determine from that first paragraph whether the rest of the information contained in the press release is relevant to them.

A good introductory paragraph is about two or three sentences long. You can go longer, but never exceed five sentences. Include a sentence about the news, the company or organisation behind the news, and any other relevant information readers may need to make a decision.

Following the introduction is the main body of the press release. This is where you provide all the details absent in your introduction. It is where you include names, dates, locations, and anything else relevant to the news. The main body can also include a quote or two from someone representing the organisation behind the press release. Quotes are discussed a bit more later in this piece. 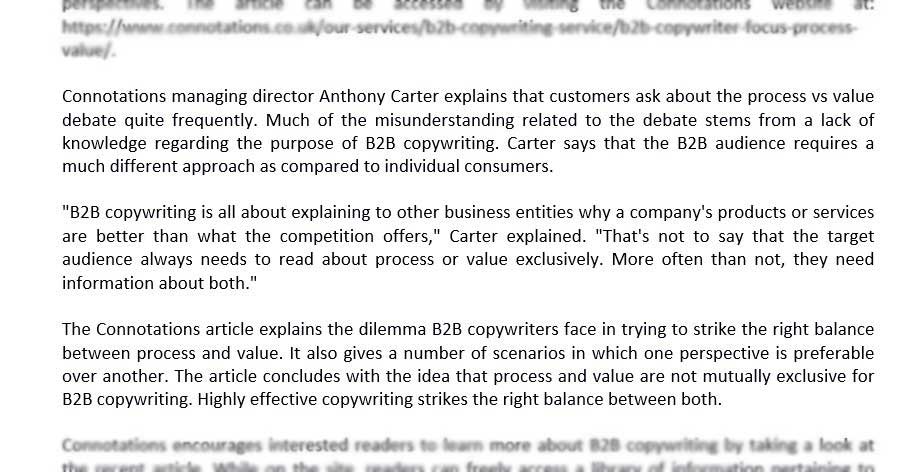 The one thing to remember about the main body is brevity. Do not ramble on just for the sake of boosting word count. Word counts are immaterial to high-quality press releases.

All good writing includes a conclusion. In the case of a press release, the conclusion may be a simple wrap-up of the details or a call to action. Typical calls to action include an invitation to visit a website, contact an organisation representative, or participate in an event.

The purpose behind the conclusion is to wrap everything up. It tells readers that there is nothing left to say about the news being reported. If they want more information, the impetus is now on them to contact the organisation with questions.

6. A Boilerplate (information about the organisation)

There is more information about the boilerplate later in this post. Note that if a press release involves more than one organisation, multiple boilerplates can be used. A good example would be a newsworthy event that involves two or more organisations combining their efforts. Each one would be given its own boilerplate.

Contact information is included because it gives press release readers an avenue to get in touch with the organisation behind the press release. Let’s say you issued a press release to newspaper reporters in the Greater London area. Let’s also say some of those reporters have questions they need answered before they report on your event. How can they report accurately if they have no way to contact you to get their questions answered?

How to Write a Press Release – Formal, Newsworthy Approach

As you write your press release, keep in mind that the tone should be formal and newsworthy. A press release is intended to be a release of important company news separate from direct sales and marketing. Appropriate topics for press releases include things such as:

A formal, newsworthy approach demands that press releases contain just the facts. Include all the relevant information necessary to convey the news at hand without any additional fluff. Includes names, dates, and times where appropriate. Also include links to websites if online content is relevant to the news.

If you can obtain a relevant quote from someone within the organisation in a position of authority, it will help add legitimacy to your press release. Direct quotes can be placed anywhere within the main body of the release.

Whatever you do, avoid any language that appears to be sales or marketing related. Modern search engine algorithms are sophisticated enough to detect such language. In addition, sales and marketing content disguised as press releases is open to search engine punishment.

Contact information should include a physical/mailing address and telephone number at minimum. If you can include an e-mail address and a web-based contact form as well, that’s a bonus. Do not leave out contact information, though. Doing so gives the impression that you are trying to hide something.

That’s it. Now you know how to write a press release. Follow a standard format, stick to the facts, and wrap everything up with a strong boilerplate and relevant contact information. However, if you are still not comfortable in your ability to craft the perfect press release, Connotations has you covered. Just contact us for more information about our press release writing service or check out the relevant page under the ‘Our Services’ tab at the top of this page.