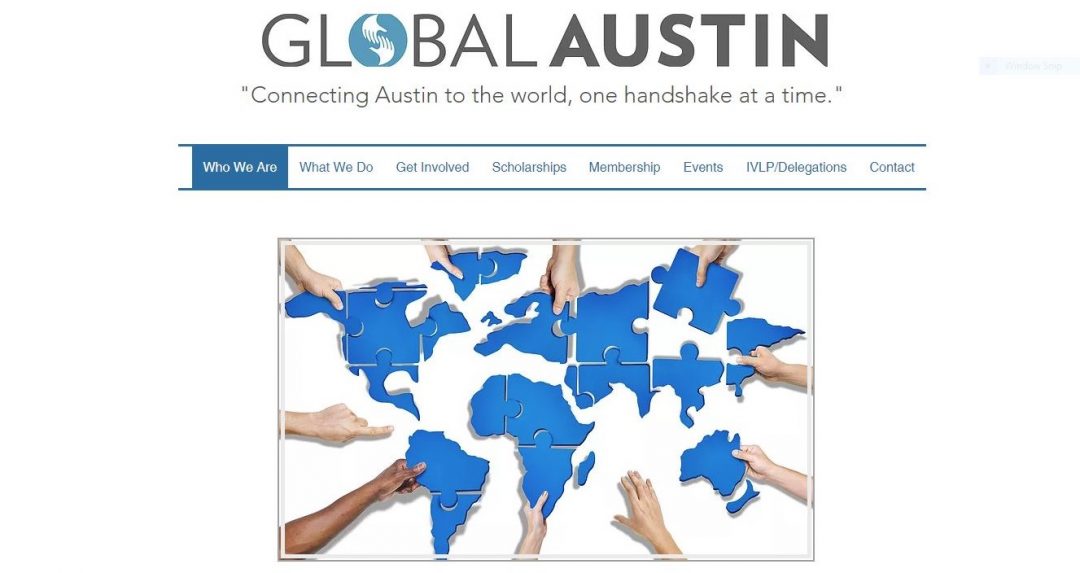 This press release was created in September 2017 for Global Austin announcing the GlobalAustin Diplomacy Summit, which took place on September 19th in Austin, Texas (United States).

(Austin, TX) 9/11/17 – The well-known GlobalAustin international visitor program is joining forces with a number of other organizations to sponsor the first ever ‘Diplomacy Begins Here’ summit to be held on September 19 at the Texas State Capital building. The single day event will include presentations by U.S. Rep. Joaquin Castro and former Dallas Mayor Ron Kirk.

Event organizers are promoting the summit as a way to “find out how current global challenges are affecting Texas and how local citizens can become effective citizen diplomats, representing Texas in the United States,” according to the event’s official invitation. Opening ceremonies will begin at 8:30 AM in the legislative conference center. The summit will conclude at 5 PM, followed by an evening reception in the Scholz Garten. Live entertainment will be on hand for the reception.

A Focus on Citizen Diplomacy

GlobalAustin and its partners have planned for the first of what they hope to be an annual summit to heavily emphasize citizen diplomacy. Between the two main speakers and each of the six panel discussions on the day’s agenda, attendees will participate in discussions in which citizen diplomacy is applied to business, sports, youth voices, the information age, international trade, and foreign policy.

In addition, there will be diplomacy simulation activities for students in attendance. The activities will give students an opportunity to learn how diplomacy works in the real world through hands-on applications.

“This exciting, all-day summit will feature expert speakers on U.S. foreign-policy priorities as well as panel discussions exploring the concept of citizen diplomacy as it applies in areas such as international journalism and cultural diversity,” said event chair and GlobalAustin board member Aditi Joshi. “We are also offering sessions designed especially for students interested in diplomacy as a career.”

Morning sessions are scheduled to run from 8:30 AM until noon. Registration is required for the morning sessions, and Joshi says that space is limited. Interested parties should visit the event website to register as soon as possible. Both the afternoon sessions and the evening reception are open and free of charge.

GlobalAustin is hosting the summit in partnership with the San Antonio Council for International Visitors, the Dallas World Affairs Council, the El Paso Council for International Visitors, Global North Texas, and Global South Texas. The summit itself is part of the Global Ties U.S. initiative that seeks to present a series of similar summits throughout the United States. The goal of all 2017 regional summits is to explore and celebrate the critical role of citizen diplomacy in creating a better world – both at home and abroad.

GlobalAustin was originally founded in 1960 as a program to welcome international students studying at the University of Texas. After many years of connecting students with Austin’s local community, the program gradually became a leading voice in diplomacy and student leadership, eventually being welcomed into the International Visitor Leadership Program of the US State Department. GlobalAustin lists its official mission as “connecting Austin to the world, one handshake at a time.”